Really this Jiva (human soul) transcends the three qualities, viz. Sattwa, Rajas and Tamas, but being deluded by Maya, he forgets his nature which is ‘Existence-knowledge-bliss’, and thinks that he is the doer and enjoyer and thus entangles himself in endless miseries and does not know the way of deliverance. The only way of deliverance is Loving Devotion towards the Guru’s feet. The great Player or Actor Lord Sai has delighted His Bhaktas and transformed them into Himself (His nature).

We regard Sai Baba as an incarnation of God for reasons already stated, but He always said that He was an obedient servant of God. Though an incarnation He showed the people the way, how to behave satisfactorily and carry out the duties of their respective stations (Varnas) in this life. He never emulated others in any way, nor asked others to have something done for Him. For Him, Who saw the Lord in all movable and immovable things of this world, humility was the most proper thing. None He disregarded or disrespected; for He saw Narayan (Lord) in all beings, He never said, “I am God,” but that He was a humble servant and He always remembered Him and always uttered – “Allah Malik” (God is the sole proprietor or Owner).

We do not know the various kinds of Saints, how they behave, what they do and eat etc. We only know, that by God’s grace they manifest themselves in this world to liberate the ignorant and bound souls. If there be any store of merits on our account, we get a desire in listening to the stories and Leelas of the Saints, otherwise not. Let us now turn to the main stories of this Chapter.

Once it so happened, that a sadhak of Yoga came to Shirdi with Nanasaheb Chandorkar. He had studied all the works on Yoga, including the Yoga-sutras of Patanjali, but had no practical experience. He could not concentrate his mind and attain samadhi even for a short time. He thought that if Sai Baba be pleased with him, He will show him the way to attain samadhi for a long time. With this object in view he came to Shirdi, and when he went to the Masjid he saw Sai Baba eating bread with onion. On seeing this, a thought arose in his mind – `How can this man, eating stale bread with raw onion, solve my difficulties and help me?’ Sai Baba read his mind and said to Nanasaheb – “Oh Nana, he who has the power to digest onion, should eat it and none else”. Hearing this remark, the yogi was wonder-struck and then he fell at Sai Baba’s Feet with complete surrender. With pure and open mind, he asked his difficulties and got their solution from Sai Baba. Thus being satisfied and happy, he left Shirdi with Sai Baba’s Udi and blessings.

Before Hemadpant begins the story, he says about the Jiva that it can be very well compared with a parrot, and that they both are bound, the one in the body and the other in a cage. Both think that their present bound state is good for them. It is only when a Helper, i.e., Guru comes and by God’s grace opens their eyes and liberates them from their bondage, that their eyes are opened to a greater and larger life, compared to which their former limited life is nothing.

In the last Chapter, it was shown how Sai Baba anticipated the calamity, that was to befall on Mr. Mirikar and rescued him from it. Now let the readers hear a story grander than that. Once Shama was bitten by a poisonous snake. His little finger of the hand was stung and the poison began to spread into the body. The pain was also severe and Shama thought that he would pass off soon. His friends wanted to take him to the God Viroba, where such cases were often sent, but Shama ran to the Masjid — to His Viroba (Sai Baba). When Sai Baba saw him, He began to scold and abuse. He got enraged and said – “Oh vile Bhaturdya (Priest) do not climp up. Beware if you do so” and then roared – “Go, Get away, Come down.” Seeing Sai Baba thus red with wrath, Shama was greatly puzzled and disappointed. He thought that the Masjid was his home and Sai Baba his sole Refuge, but if he was driven away like this, where should he go? He lost all hope of life and kept silent. After a time Sai Baba became normal and calm when Shama went up and sat near. Then Sai Baba said to him – “Don’t be afraid, don’t care a jot, the Merciful Fakir will save you, go and sit quiet at home, don’t go out, believe in Me and remain fearless and have no anxeity”. Then he was sent home. Immediately afterwards, Sai Baba sent Tatya Patil and Kakasaheb Dixit to him with instructions to the effect, that he should eat what he liked, should move in the home, but should never lie down and sleep. Needless to say that these instructions were acted upon and Shama got all-right in a short time. The only thing to be remembered in this connection is this – the words of Sai Baba (or the five syllabled Mantra, viz, `Go, Get away, Come down’) were not addressed to Shama- as it apparently looked – but they were a direct order to the snake and its poison not to go up and circulate through Shama’s body. Like others well-versed in Mantrashastra, He had not to use any incantation, charged rice or water etc. His words only were most efficacious in saving the life of Shama.

Once, Cholera was raging virulently in Shirdi. The residents were much frightened and they stopped all communication with the outside people. The panchas of the village assembled together and decided upon two ordinances as a remedy to check and put down the Epidemic. They were (1) No fuel-cart should be allowed to come in the village, and (2) No goat should be killed there. If anybody disobeyed these ordinances, they were to be fined by the village-authorities and panchas. Sai Baba knew that all this was mere supersition, and therefore, He cared two pence for the Cholera-ordinances. While the ordinances were in force, a fuel-cart came there, and wanted to enter the village. Everybody knew that there was dearth of fuel in the village, still the people began to drive away the fuel-cart. Sai Baba came to know of this. He came to the spot and asked the cartman to take the fuel-cart to the Masjid. None dared to raise his voice against this action of Sai Baba. He wanted fuel for His Dhuni and so He purchased it. Like an Agnihotri keeping his sacred fire alive throughout his life, Sai Baba kept His Dhuni ever burning all day and night; and for this He always stocked fuel. Sai Baba’s home, i.e. the Masjid was free and open to all. It had no lock and key; and some poor people removed some wood from there for their use. Sai Baba did not grumble about this. Sai Baba saw that the whole universe was pervaded by the Almighty, and so He never bore enmity or ill-will to anybody. Though perfectly detached. He behaved like an ordinary house-holder to set an example to the people.

Let us now see, how the second Cholera-ordinance fared with Sai Baba. While it was in force, somebody brought a goat to the Masjid. It was weak, old and about to die. At this time Fakir Pir Mohamad of Malegaon alias Bade Baba was near. Sai Baba asked him to behead it with one stroke, and offer it as an oblation. This Bade Baba was much respected by Sai Baba. He always sat on the right hand of Sai Baba. After the chilim (pipe) was first smoked by him, it was then offered to Sai Baba and others. After the dishes were served, at the time of taking meals at noon, Sai Baba respectfully called Bade Baba and made him sit on His left side, and then all partook of food. Sai Baba paid him also daily Rs.50/- out of the amount collected as Dakshina. Sai Baba accompanied him hundred paces whenever he was going away. Such was his position with Sai Baba. But when Sai Baba asked him to behead the goat, he flatly refused, saying “Why it should be killed for nothing?” Then Sai Baba asked Shama to kill it. He went to Radha-Krishna-Mai and brought a knife from her and placed it before Sai Baba. Knowing the purpose for which the knife was taken, she recalled it. Then Shama went to bring another knife, but stayed in the Wada, and did not return soon. Then came the turn of Kakasaheb Dixit. He was ‘good gold’ no doubt, but had to be tested. Sai Baba asked him to get a knife and kill the goat. He went to Sathe’s Wada and returned with a knife. He was ready to kill it at Sai Baba’s bidding. He was born in a pure Brahmin family and never in his life knew killing. Though quite averse to do any act of violence, he made himself bold to kill the goat. All the people wondered to see that Bade Sai Baba, a Mahomedan was unwilling to kill it while this pure Brahmin was making preparations to do so. He tightened his dhotar and with a semicircular motion raised his hand with the knife and looked at Sai Baba for the final signal. Sai Baba said – “What are you thinking of? Go on, strike”. Then, when the hand was just about to come down, Sai Baba said – “Stop, how cruel you are! Being a Brahmin, you are killing a goat?” Kakasaheb obeyed and kept the knife down and said to Sai Baba – “Your nectarlike word is law unto us, we do not know any other ordinance. We remember You always, meditate on Your Form and obey You day and night, we do not know or consider whether it is right or wrong to kill, we do not want to reason or discuss things, but implicit and prompt compliance with Guru’s orders, is our duty and dharma”.

Then Baba said to Kakaseheb, that He would Himself do the offering and killing business. It was settled that the goat should be disposed of near a place called Takkya, where fakirs used to sit. When the goat was being removed to that place, it fell dead on the way.

The disciples should have firm faith, backed up by intelligence and if they and patience to these, their spiritual goal will not be distant. Control of breath — ingoing and outgoing, or Hath-Yoga or other difficult practices are not at all necessary. When the disciples get the above-mentioned qualities, they become ready for further instructions and the Masters then appear and lead them on, in their spiritual path to perfection.

In the next Chapter we will deal with Sai Baba’s interesting wit and humour. 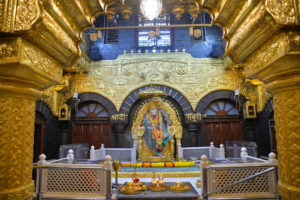 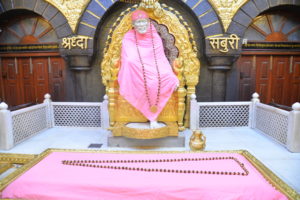 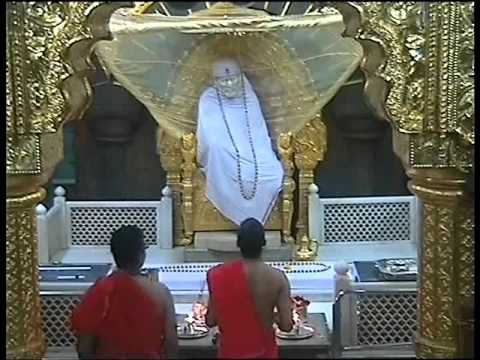